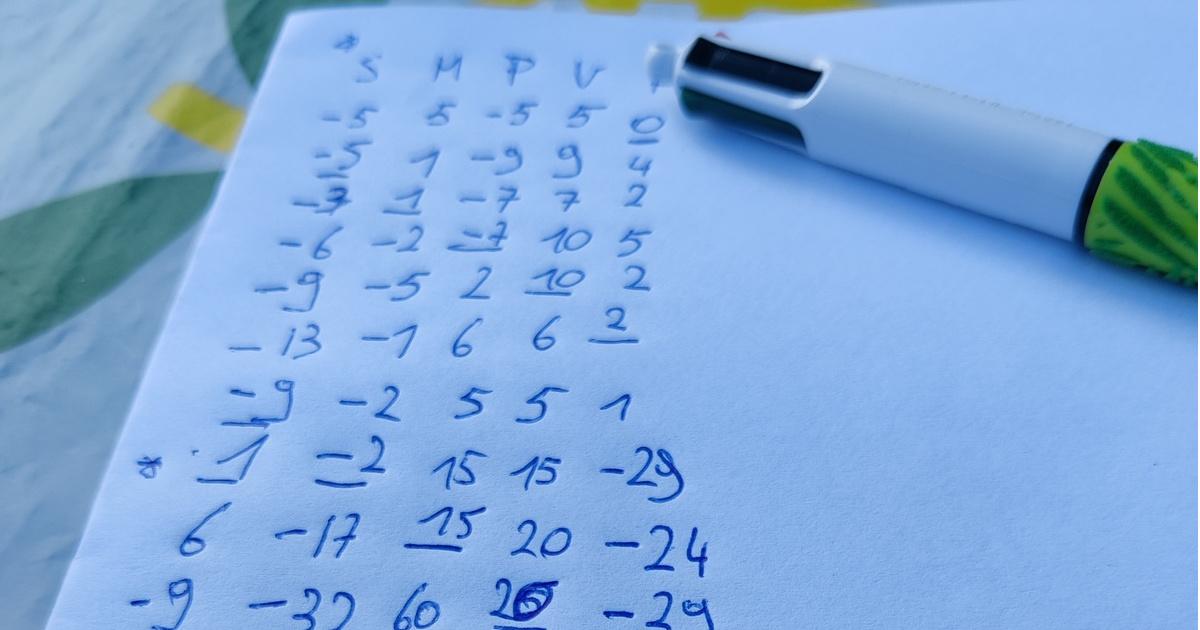 As you might remember from the previous post, I am refactoring the frontend of dikdikdik, a web app to keep track of the scores when playing Solo Whist, a card game.

This web app uses a command bus, which is nice, because when a user interacts with one of my live components, I can just send a command to the command bus, and the application will do whatever is needed.

Let me make this clear by an example. Below you see an excerpt from the PlayerSwitchCommand I created last week, that enables you to disable or re-enable a player. (So that you can keep on playing when a player leaves, and you still have enough players at the table. If the player comes back later, you can switch them on again.)

As you can see, the live actions just push commands to the command bus, which I find very readable.

Now I recently created another live component, allowing the user to indicate which player has dealt the cards: the DealerSelectComponent.

This component exposes a list of active players, which will be used by the twig file to render a drop down box with the player's names:

What I want to achieve, is that the DealerSelectComponent will be rerendered whenever a player leaves or joins.

Live components have a polling attribute, that can be used to periodically rerender the component, but this would generate a lot of requests to my humble server. Moreover, the current version of my score sheet app (with vue, not with live components) uses mercure to send server events back to the browser of my visitors, so that the browser only refetches information from the server when that's needed. And once you've used mercure, you don't want to go back to polling 😉.

This is how it works:

The file write.html.twig file, the twig file that renders the score sheet and everything you need to write down the scores, includes another twig file _manage.players.html.twig, and this one is wrapped in a div that will be updated by a turbo stream:

The file _manage.players.html.twig contains two components that need to be updated when the player situation is changed: the DealerSelectComponent, which I already mentioned, and also the NewPlayerComponent, because you can't add a new player if there's already six players sitting at your table.

This is how that looks:

Then I still need a piece of php code that sends the updated html for _manage.players.html.twig to mercure whenever the player situation changed. That piece of code is in the PlayerManagementPublisher class:

So this seems to work:

There are some shortcomings, though:

You can find the code in the feature/167 branch of dikdikdik, but you should be aware that changing the complete front-end takes a lot of time. So the code in this branch is rather broken. Once I've figured out how I'll organize the Symfony Components and Symfony Turbo things, I will fix the application by running the web tests, until they all run again. Once that's ok, I'll be able to remove the vue components.

Update 2021-11-07: This branch was merged this week, so you can just check out the current source code.