Last wednesday I updated dikdikdik, a score sheet app for solo whist, so that it now uses Mercure v0.11, instead of v0.10. I use docker-compose for the development environment of dikdikdik, and GitLab CI/CD to run the end-to-end tests with codeception and selenium. 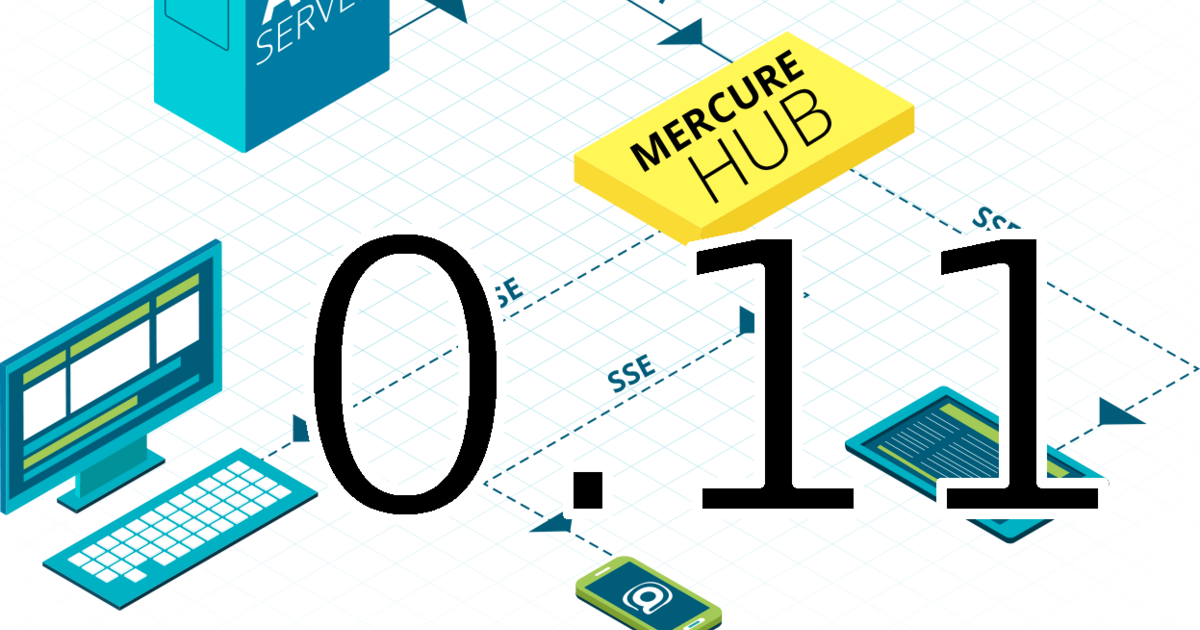 This was not a trivial update, because v0.11 was a major milestone for the Mercure project. In retrospect, I didn't have to change much, but it took me some time to find out what exactly I had to change, especially to make the end-to-end tests running again.

Let's have a look at the changes I made in the merge request.

First of all, my config/packages/mercure.yaml file, looks like this now:

To be honest, I don't know exactly what this mercure.yaml file is about. I guess it came as a recipe with mercure-bundle. Anyway, I configured those variables in .env.dev and .env.test:

(As you'd expect, I won't share the variables for my production environment here. To be honest: I didn't roll out the update in production yet. If I run into troubles with that, I'll keep you posted.)

You might also notice that I didn't use the standard port number; I kept using the same port number as for mercure 0.10.

In docker-compose.yml I updated the definition for the mercure service as follows:

And last but not least, for .gitlab-ci.yml, I needed these variables for the dunglas/mercure service:

If you wonder why I took these particular MERCURE_EXTRA_DIRECTIVES: I just looked into the mercure container, and copied the directives that are in Caddyfile.dev, but not in Caddyfile. I guess that should do for a dev-environment. (If you want to try that as well; I did it like this:)

That made it work for me. I hope it will work for you as well. As always: if I did something wrong here, please let me know!